One of the most common effects that occur in children with autism spectrum disorder (ASD) is their difficulty to navigate social environments. This can be quite frustrating for parents because we don’t want our child to feel isolated from their peers or have difficulty communicating effectively. We want to be able to teach them essential social skills, so they can function and interact normally with other people. Our guest today works around play, specifically using LEGO in his clinical practice to help children on the autism spectrum to become socially competent naturally, but in a fun way.

Dr. Daniel LeGoff is a clinical and developmental neuropsychologist who was born and educated in Canada and is currently a clinical supervisor and consultant based in Pamplona Beach, Florida. He was educated in Vancouver British Columbia and completed his clinical training in Chicago and Honolulu. He is best known for his work on improving social development using collaborative LEGO Activities. This model was developed to meet the needs of the growing population of children and adolescents who had social learning difficulties and who did not appear to be improving with standard forms of psychotherapy or behavioral interventions. After publishing the initial studies on this method, Dr. LeGoff collaborated with colleagues in the USA and UK to write a treatment manual and a subsequent book of case studies. Since then, this approach has been adopted in over 50 countries and the manual is available in six languages. Dr. LeGoff continues to do research and provides consultation and training internationally to universities, clinics, and provider groups on LEGO-based therapy.

Tune in to our conversation and learn:

“One of the things I try to convey about the LEGO Club is how real it has to be (for the kids). You can’t orchestrate this. You have to kind of let it happen, it has to be their interest, their connection, their motivation.”

“LEGO-based therapy is not glamorous, but it is meaningful to kids. Its not like playing a game. But in LEGO Club, this is real, this is meaningful, these are your friends, this is a real situation, and I encourage them to be emotionally invested in their relationships and their accomplishments.”

LEGO (R)-Based Therapy: How to Build Social Competence Through Lego (R)-Based Clubs for Children with Autism and Related Conditions

The two books on the topic are widely available, as well as one by two speech-language pathologists, Dawn Ralph and Jacqui Rochester (Building Language Using LEGO Bricks, A Practical Guide), which is also published by Jessica Kingsley. The first book was the treatment manual, LEGO-Based Therapy (2014), which has been translated into five other languages and is now used in over 50 countries.

Don’t forget to subscribe, leave a rating and review: 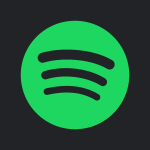 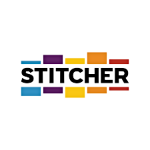 Any information and links presented within the Chatabout Children™ with Sonia Bestulic podcast are aimed to provide general information and advice only.
Information is to be used at the discretion of the consumer/ listener. The information presented does not replace or substitute the expert advice received from a direct consultation with the relevant qualified professional.